On 8th March, people around the world will be celebrating International Women’s Day. Man For Himself changed things up slightly by focusing on women (rather than men… ) to ask  how they feel about being a woman in 2019; their female role models; and what  we – as men – can do to support them.

This might be a day to celebrate women, but men can certainly get involved and do their part. Research has shown in the US that in the past two years, 40% of those interested in women’s rights, are actually men. Searches on the internet for gender quality, have also grown globally by 20% in the last two years.

From speaking to various different women out on the streets (watch the video below), it’s clear that we need to show support for each other, regardless of gender.

What Is International Women’s Day?

We celebrate all sorts of specific days in the annual calendar and International Women’s Day is definitely an important one, and one us men should be aware of. It’s not just for women! And nowadays, with the fight stronger than ever for a gender-balanced world, we should all take part. Friday 8th March is a day to celebrate the achievements of women in society, economics, culture and politics.

It was in 1910 that an International Socialist Women’s Conference was organised and a German Socialist, called Luise Zietz, created the idea of an annual Women’s Day. A year later in March 1911 the first official International Women’s Day took place and at the time was supported by 1 million people in Austria, Denmark, Germany and Switzerland.

The movement started with demonstrations and riots for equal rights and, more specifically, the to right to vote and discrimination in the workplace.

Although it was stated as an ‘international’ day, it was not originally recognised all over the world. Still, to this day, it is ignored in many countries. The idea actually started in Denmark and was adopted in Russia in 1913. After the October Revolution, it became an official holiday in the Soviet Union. It was followed by China in 1922 and the United Nations officially recognised it in 1975. Of course, prior to all of this, suffragettes were battling for women’s rights in the UK for many years.

Since 1911, International Women’s Day has grown year on year, and particularly in the last decade with various other campaigns highlighting the gender gap – with the aim to empower and support women’s right.

It started out as a way to actively demonstrate for women’s rights. Fast forward to today and it’s more of a celebration of what women have achieved, but also a chance to highlight that there is still a need to evaluate our current situation and make a change. 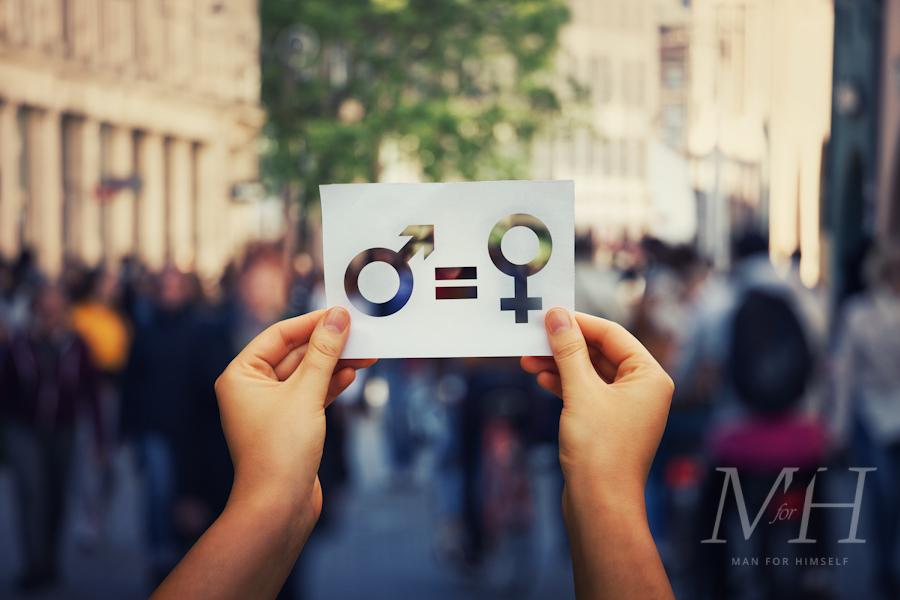 There is a theme every year for International Women’s Day and for 2019 it is ‘Think Equal, Build Smart, Innovate For Change‘, with the hashtag #BalanceforBetter. Balance for Better is actually a campaign that will be running all year. As the International Women’s Day website states: “The campaign theme provides a unified direction to guide and galvanise continuous collective action, with #BalanceforBetter activity reinforced and amplified all year.”

Of course, none of us men are perfect but we can certainly all strive for a more gender-balanced world; in the workplace, in politics or at home with our friends and family. Whether you are a father; brother; mother; sister or friend, it’s a simple matter of showing respect for each other and supporting each other in all aspects of life. We need to encourage the generations who follow us to continue these ideals.

If you want to take part in International Women’s Day, there are plenty of events happening across the globe. Restaurants, retailers and charities are getting involved across London.  You can also wear something purple as a sign of recognition for this day. Alternatively, jump on Twitter and show some support for those inspiring ladies in your life.

How are you supporting International Women’s Day? Let us know in the comments!

Whether it's a skin fade, a quick trim or a full service, London has some of the best barbershops in the country.

I make videos showing how to achieve different hairstyles and haircuts; and exploring grooming products and trends.
Subscribe
A festive fragrance highlight each year is receivi

Every time I’ve worn this, I’ve had someone as

My fifth year doing this! My ‘Most Used Hair Pro

Guys with skin fades, you might want to head to my

Some days I really miss twiddling this little guy.

ad Tried any of these? Well, these fragrances coul