Fresh from his Monaco Grand Prix win, I sat down with Lewis Hamilton to talk all things hair and grooming.

I was in Monaco with with L’Oréal Men Expert who have just signed Lewis Hamilton as their new brand ambassador. After a day at the Grand Prix, a night of celebrating and a morning of jet skiing, I spent the afternoon with Lewis on his yacht off the coast of Monaco.

For me, I wanted to know what it was like to win the Grand Prix, all about his grooming routine, his hairstyle history (including the bleach blonde period!) and how he copes with helmet hair! 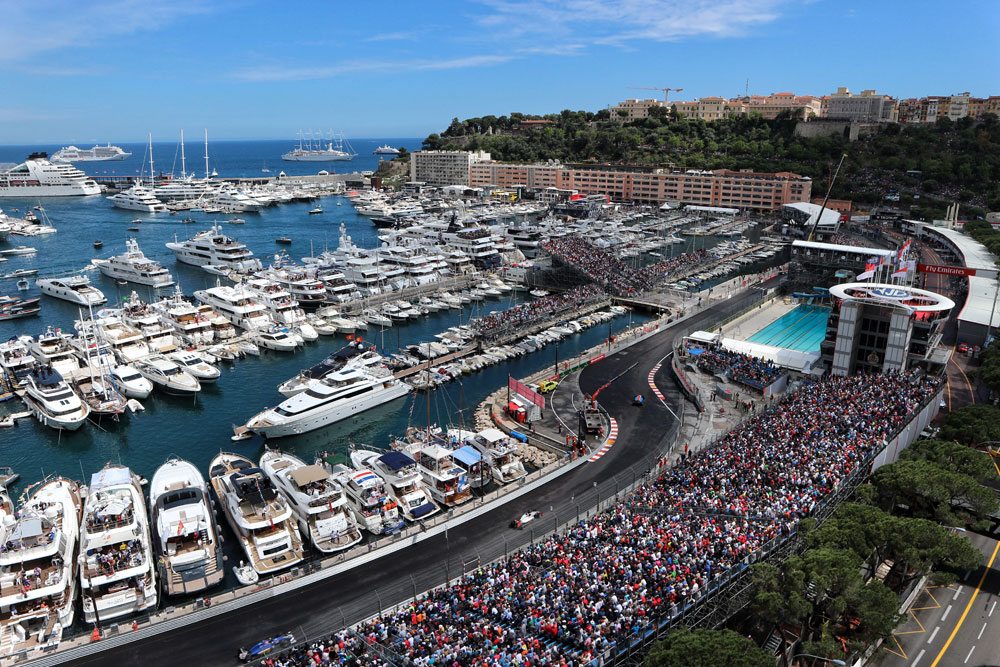 The view from the L’Oréal Men Expert apartment

Man For Himself: Firstly Lewis, congratulations on your win.

MFH: It was insane. You know what, I’m going to be honest here but I know nothing about Formula One or the Grand Prix, but I do know that you absolutely nailed it yesterday!

LH: You saw it yesterday?

MFH: Yeah, we were up in L’Oréal Men Expert apartment watching it. The energy was insane. And when you won! That must have been amazing?

LH: It was! We have 21 races in the year and Monaco is the one that you want to win. As long as you win Monaco, that’s the one. In my ten years of Formula One, I’ve only won here once. This is my second time.

Every year, it feels like this is your Achilles heel. You almost have it and then you don’t. It’s such a hard race to win.

MFH: When you are racing, you’ve got a helmet on, how do you cope with helmet hair? What do you do with your hair?

LH: Yeah, I’ve tried lots with my hair. Obviously I used to have it as a number one all over, super easy, but then I started to grow it out. I had an afro and then I got rid of the sides.

MFH: And you went blonde?

LH: Yeah, I went blonde which killed my hair. It was a disaster. I think it was neat to do it for a bit.

But when you’re driving, the helmet squashes your hair, so you don’t really have a hairstyle. When you get out, you’re sweating and your hair is a mess.

MFH: When you’re racing, do you have any pre-race rituals or grooming routines? Do you have to drink a certain amount of water or use particular products?

LH: During the week, I drink a lot of water. During the race, we lose 2-4 kilos of liquids. Yesterday I lost 2 kilos in 2 hours. You’re also eating very light – salads and stuff like that.

Product wise though, because I’m driving all the time and then I’m being pictured, moisturiser is important.

MFH: So tell me about the products. Do you have a 3-step routine? Or is it a bit of moisturiser, a shave…

LH: Yeah, the Anti-Fatigue has been doing me wonders.

MFH: It has! You look fresh after a heavy night out.

LH: That’s the thing. I put it on this morning and i’m like “Yeah! Pretty good!”

MFH: Eye drops, all the works! I’ve been trying these products and they’re really good. The under eye is amazing, the shower gel is also really good.

LH: The shower stuff is really good! When we did the commercial, I went through about 10 bottles of that stuff because were filming in this shower for the whole day! 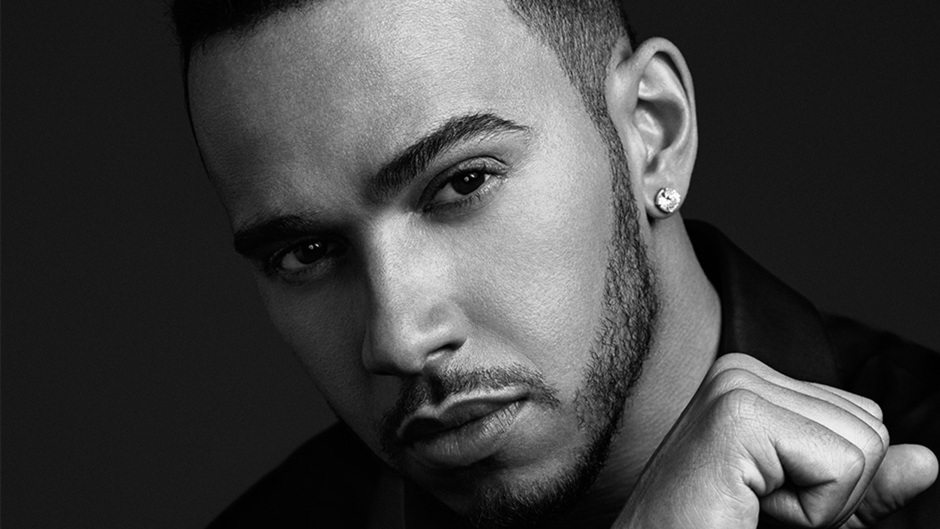 MFH:  For you, as a groomed guy,L’Oréal is obviously a perfect fit. What do you think it means to be a groomed guy living in 2016? What makes it special?

LH: I’m like you. I grew up going to the store, seeing the products, seeing the commercials and the ambassadors. I never in a million years thought I’d be associated with them.

It’s kinda cool, particularly when we’re at events like this – all the models are there and I’m a sportsman/model, a part of them.

It’s very, very surreal. But it’s been a great experience so far. TheL’Oréal team is amazing.

I think grooming is definitely undervalued by men. We all expect women to be fully groomed, which they do. But I also think it’s just as important for a man to look fresh and clean.

I take as much time as I need. I want to be fresh and smelling good. 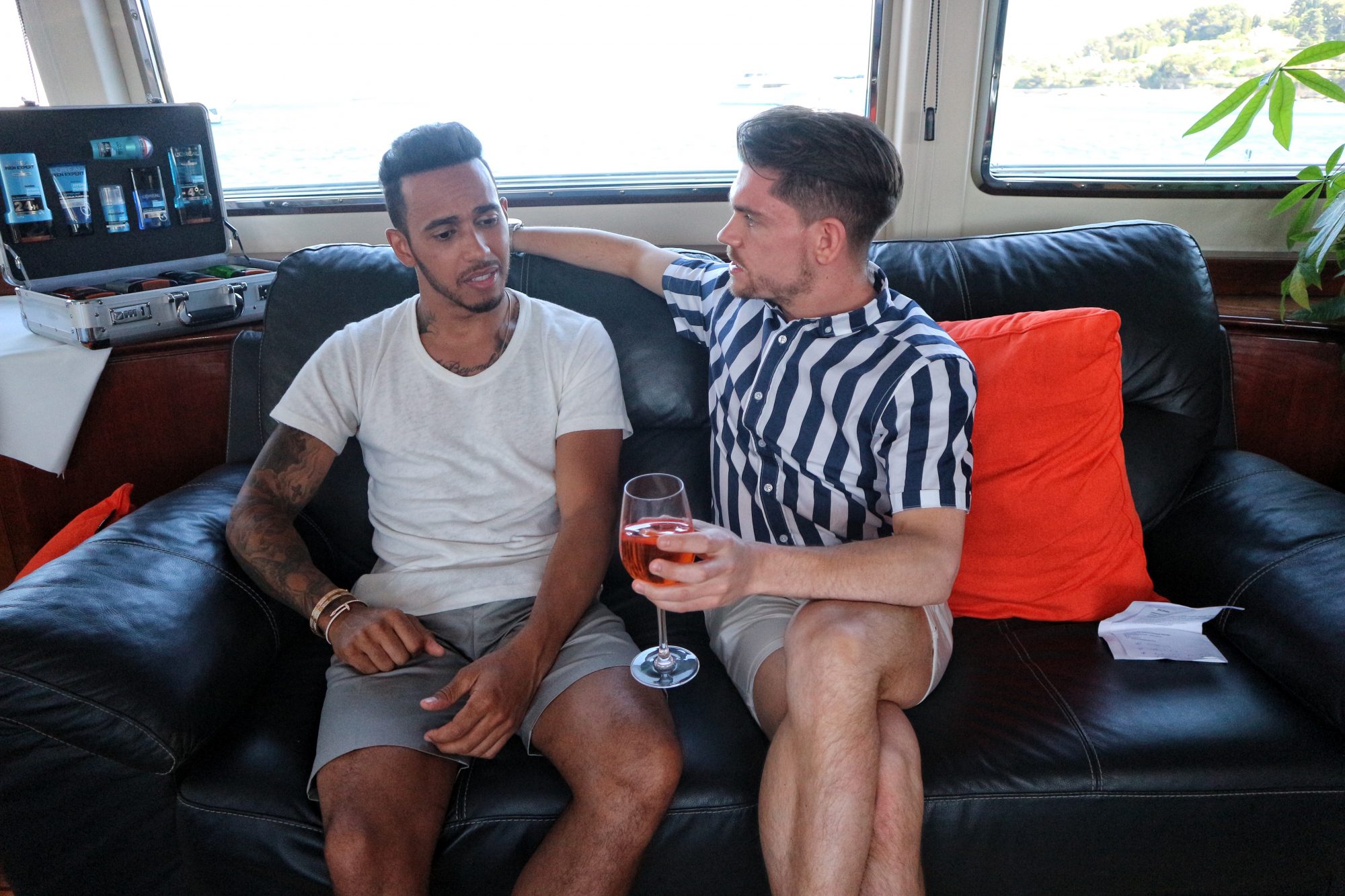 MFH: Very quickly – final question. I know you’ve got loads to do and I also want to get out onto a jet ski! What do you want to be remembered for? Obviously you’ve got the wins, but if someone said, “Lewis Hamilton was or is,” what’s your thing?

LH: When people ask me that, I say I don’t want to be remembered. It means I’m no longer around. I feel like I’ve been blessed with the ability to do what I do and I guess, I ultimately want to be remembered for being an out-and-out racer; just driving at the seat of my pants and doing it the right way and winning for the right reasons. The right values.

I always thought, if I can affect one kid and help him or her fulfil their dreams, that would be kinda neat, so I want to ensure that I’m remembered in a good way.

MFH: Loads more to go. Thank you very much, that was great. Great to talk to you, Lewis.


Error 403 The request cannot be completed because you have exceeded your quota. : quotaExceeded Has Lewis Hamilton Had A Hair Transplant? | An Expert’s Opinion 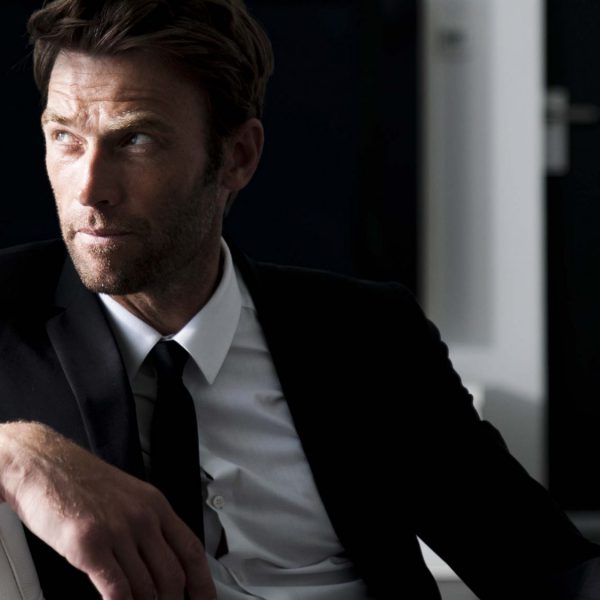 What Does It Take To Be The Face Of A Fragrance?

What does it take to be the face of a fragrance?  When I sat down with Simon Clark in Chamonix-Mont-Blanc, I was instantly taken back by how unassuming and modest he was. Now in... 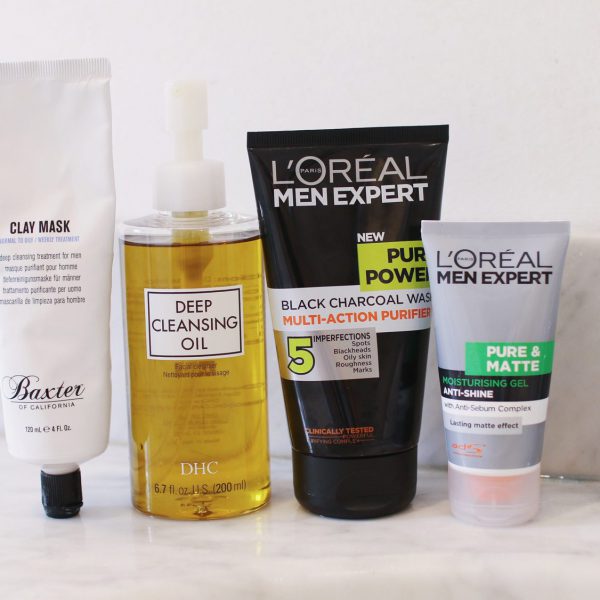 I’ve long suffered with oily skin but have found these four products to dramatically reduce the shine and the grease on my face. Oily skin is a common problem, especially for younger guys. There...